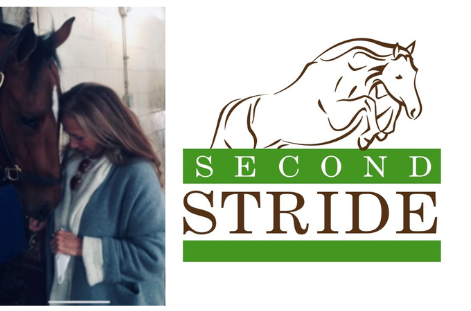 From Des Moines, Iowa, Maggi Moss is a successful Thoroughbred owner, attorney, and staunch advocate for equine welfare. Maggi started riding Hunter Jumpers when she was 9 and competed nationally in show jumping, winning national championships at Madison Square Garden, Washington International, and many others. After over two decades in the show horse world Maggi turned her attention to Thoroughbred racehorses. In 2006, she became the first woman in America since 1945 to be named leading owner in the U.S. for races won. She has been leading owner at multiple tracks including Aqueduct, Belmont Park, Fair Grounds, Churchill Downs, and Prairie Meadows. Throughout her time in racing, Maggi has worked to advocate for the importance of Thoroughbred aftercare. She serves in an advisory role to several aftercare organizations and was on the founding boards of Hope After Racing Thoroughbreds (HART) in Iowa and the National Thoroughbred Welfare Organization (NTWO). Her dedication to the well-being of Thoroughbreds during and after their racing careers exemplify the spirit of the Allaire du Pont Leadership Award.

Founded in 2005, Second Stride is a Thoroughbred aftercare organization located in Prospect, Ky. Second Stride works to safely and responsibly retrain and rehome Thoroughbreds and, since their inception, over 1,400 Thoroughbreds have been rehomed. Second Stride’s program is unique in many ways including the new Broodmare and Bloodstock program which focuses on breeding industry bloodstock in need of transition to third or even fourth careers.  Second Strides’ specialized training programs are designed to help decrease the transition time for horses needing a new career and their low horse return rate is illustrative of the time and effort spent by staff to ensure a good match between horse and owner.

The Stallion Season Auction opens with an online auction of stallion seasons at 9 a.m. on Wednesday, January 4 and continues through 4:30 p.m. EST on Friday, January 6. Nearly 200 seasons will be available on Equiring.com.  A full list of seasons is available here.

Most of the seasons will sell during the online auction however select seasons to Constitution, Flightline, Good Magic, Maxfield (with 2024 breed back), Nashville (with 2024 breed back), Not This Time, Nyquist (with 2024 breed back), Olympiad, and Quality Road will be sold at the ‘Tis the Seasons Celebration on Sunday, January 8. Bidders or their authorized agents may bid on select seasons by attending the event in-person or they may email ehalliwell@tca.org to register to bid online.  Non-season items including a John Deere ZTrak mower, a condo in St. Thomas, and week-long stay at a Florida beach house, will also be offered in the live auction.  Tickets can be purchased here.

An online silent auction of non-season items including halters worn Tapit, Gun Runner, Jack Christopher and more will be offered.  A list of silent auction items is available here. More items will be added.

Thoroughbred Charities of America (TCA) was formed in 1990 to raise and distribute funds to charities in the Thoroughbred industry that provide a better life for Thoroughbreds, both during and after their racing careers, by supporting qualified repurposing and retirement organizations and by helping the people who care for them. In 2022, TCA granted over $783,000 to 74 approved charities working within Thoroughbred retraining, rehoming and retirement; backstretch and farm worker services, research and equine-assisted therapy. During the last three decades, TCA has granted over $26 million to more than 200 charities that successfully meet the criteria set forth in its annual grant application. TCA administers the Horses First Fund, founded by LNJ Foxwoods in 2016, to assist Thoroughbreds in need of emergency aid. TCA manages Cómo, a mobile app founded by Godolphin, that connects racing industry employees to the vital services they need through a network of racetrack chaplains and Thoroughbred industry organizations. TCA is the charitable arm of the Thoroughbred Owners and Breeders Association (TOBA).