The Exceller Fund Finds its Niche 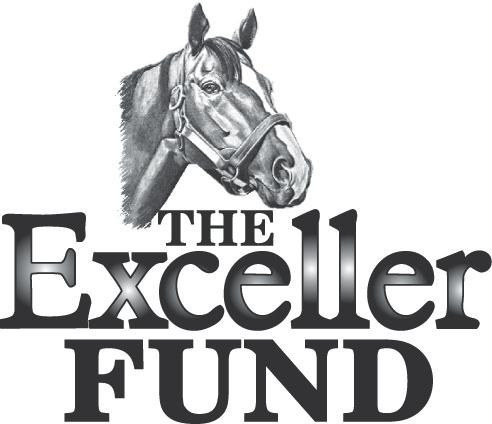 “I wanted to become part of the solution,” said Nicole Smith about working to find a suitable retirement for Thoroughbreds at the conclusion of their racing careers. Smith, a lifelong equestrian, became interested in the post racetrack welfare of Thoroughbreds when a representative of a retirement organization spoke during one of her college classes. That introduction led her into a volunteer role and later employment with the organization. Then, in 2005, she joined the board of The Exceller Fund (TEF) and eventually became the organization’s executive director, a position she holds today.

TEF, based in Lexington, Ky. is named for one of the most notable U.S. racehorses to never win a year-end championship. Exceller achieved great success on the track but, in 1997, while standing at stud in Europe, was sold to a slaughterhouse in Sweden. Galvanized by the news of Exceller’s death, a group of racing fans began sponsoring ex-race horses residing at equine welfare organizations around the country. In 2001, the group formally organized, obtained non-profit status and began caring for ex-racers directly.

Today, TEF relies on a network of 17 foster farms, from New York to California, to care for 55 Thoroughbreds in the program. “Our foster farms are managed by like-minded individuals that care greatly about our mission,” said Smith.

The majority of TEF’s horses are obtained via owner surrender or rescue situations, and once a horse is accepted into the program, Smith and her team of volunteers “figure out the individual needs of each horse; some need rehabilitation before they can be considered for adoption and others will be permanently retired with us.” Once needs are determined, Smith selects the facility to which each horse is sent. Most TEF horses receive a long lay off, usually six months to a year because “it is important for a horse to become accustomed to life outside of the track,” she said. “Their social skills need to be honed and some need to get their confidence back.”

Recently TEF began to focus primarily on accepting racing warriors into the program. “We felt we needed a niche,” said Smith. “We like to focus on the hard knocking, blue collar runners that have had 50 or more starts and have been at the track for years. They are the bread and butter of racing, and there is a certain class to a lot of these guys…they are different than a five-year-old,” she shared. With this focus, the majority of TEF’s horses are permanent residents however horses are adopted out whenever possible. If a horse is a good candidate for adoption TEF will work with an organization that focuses on retraining like Friends of Ferdinand or CANTER or will send the horse to a retraining center in Virginia or Kentucky.

When adoption is feasible, TEF strives for lifetime adoptions. “Our adoption contract does not permit the resale of our horses because we feel ownership is a lifetime commitment. We will also take a previously adopted horse back into our program, at any time, if the adopter can no longer care for him or her.”

One recent success story is that of a 12-year-old Thoroughbred gelding that was donated by his owner after making 116 starts, last racing in Nebraska. Upon arrival at the TEF foster farm, the gelding was aloof and unsure but after a year and a half of downtime he was eventually adopted into a loving family.

For Smith, working to assist Thoroughbreds in their post racetrack lives is a labor of love. “I love racing and I love horses in general,” she said. “We have made great progress in caring for our retired racers” and offered that The Exceller Fund’s longevity is directly correlated to its dedicated volunteers and supporters. Still though, despite the progress, Smith believes that there is still more work to be done particularly in generating awareness for the post-racetrack options for Thoroughbreds.

TCA is a proud supporter of TEF. In 2014, TCA’s grant assisted TEF’s horses in a therapy program at the Tulsa Boys Home, a residence in Oklahoma for troubled teen boys. Regarding TCA’s grant, Smith remarked that as a grant recipient “we are given a stamp of approval”, (a reference to the extensive grant application and review procedure employed by TCA), which is a helpful endorsement for fundraising initiatives.”