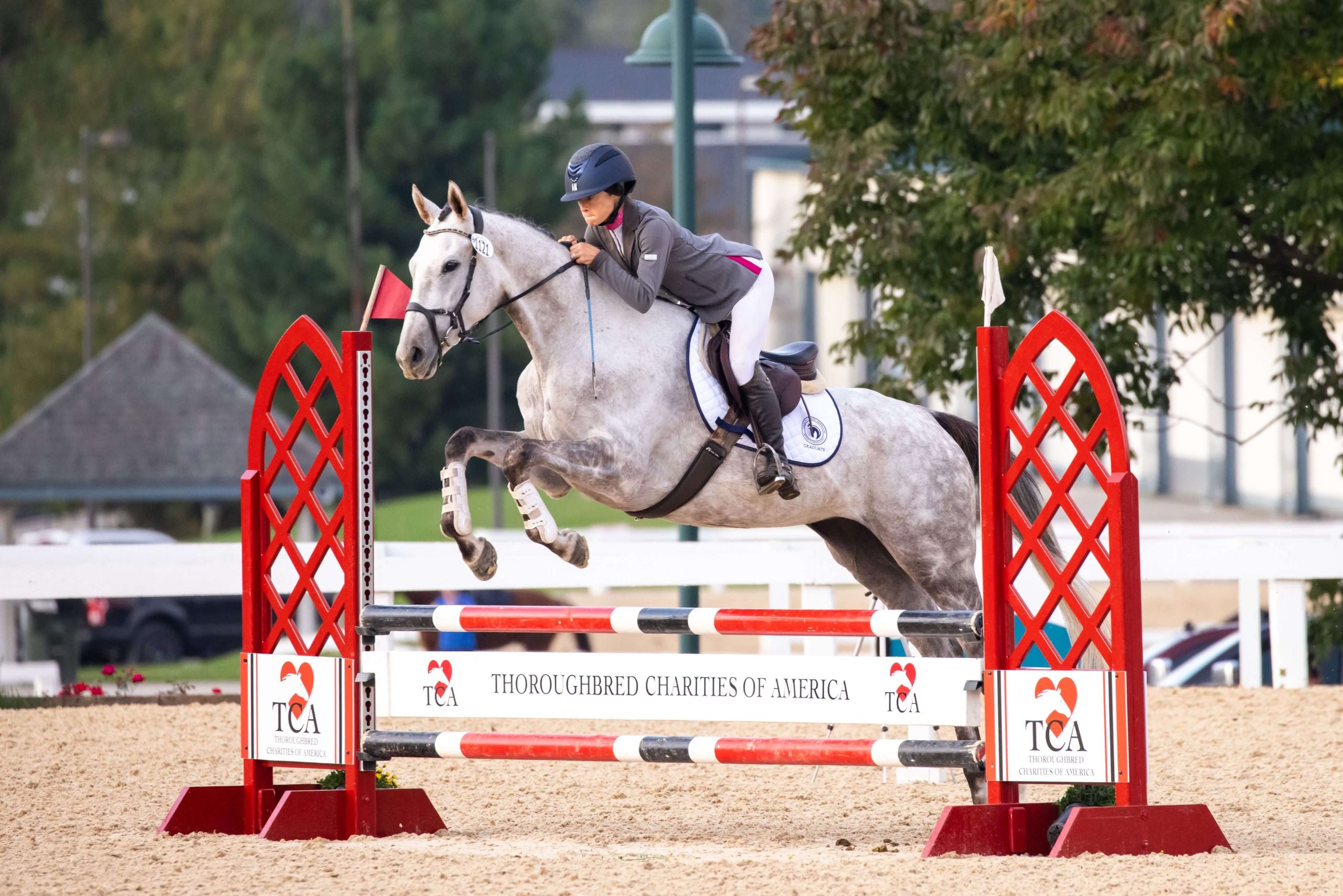 Designed to serve the RRP’s charitable mission to increase demand for Thoroughbreds as sport and pleasure horses, the TCA Thoroughbred Makeover is a retraining competition and showcase, featuring trainers from across North America who have worked throughout the year to prepare recently retired Thoroughbred ex-racehorses to compete for more than $100,000 in ten equestrian sports.

“The Thoroughbred Makeover has been a game changer for aftercare,” said TCA executive director, Erin Halliwell. “Over the last decade, thousands of Thoroughbreds have been retrained to compete in the Makeover. When former racers learn new skills, it makes them more marketable to horse owners seeking their next mount which, in turn, can increase their post-racetrack value. TCA is proud to support the RRP and the Makeover as they continue to create a demand for Thoroughbreds after their racing careers.”

TCA’s support of the Thoroughbred Makeover is part of its annual grant-making activity. This year, TCA granted nearly $783,000 to 74 approved organizations. For over three decades, TCA has worked to support not only Thoroughbred aftercare, but also programs that provide health and human services for backstretch and farm workers.

“TCA recognized the potential the RRP had to impact the aftercare industry in the earliest years of the organization,” said RRP executive director, Kirsten Green. “Education, incentive, and advocacy programs such as ours play a vital role in the aftercare industry and we’re grateful for TCA’s continued commitment that work.”

The road to the Thoroughbred Makeover is a long journey: participating trainers began the retraining process as early as December 1, 2021. A total of 516 horses were accepted through a registration process; after the Final Entry process, 377 horses and their trainers committed to competing in Kentucky. With TCA’s support, the Thoroughbred Makeover has impacted over 4,000 horses, representing an estimated $34.8 million in private funds spent to care for the participating horses that are transitioning into riding careers. Since 2015, the RRP has also documented an 82% increase in value of horses upon retirement from racing that participate in the Makeover.

TCA’s support of activities during Makeover week extends beyond their title sponsorship of the event. TCA staff collaborate with the RRP, The Jockey Club Thoroughbred Incentive Program, and Thoroughbred Aftercare Alliance to produce the Thoroughbred Aftercare Summit, a workshop opportunity for those involved in the aftercare industry to come together in a community setting to expand their knowledge of business best practices and discuss issues facing the industry. The Thoroughbred Makeover is also set to host an expanded offering of Thoroughbred Incentive Program Championship classes, of which TCA is also a proud supporter.

A full schedule of Thoroughbred Makeover events can be found at TheRRP.org.

The Retired Racehorse Project (RRP) is a 501(c)3 charitable organization working to increase demand for off-track Thoroughbreds in the equestrian world. In addition to producing the Thoroughbred Makeover and National Symposium  the world’s largest and most lucrative retraining competition for recently-retired racehorses, the organization also publishes Off-Track Thoroughbred Magazine, produces the Master Class retraining clinic series, and presents programming at major horse expos and events around the country. The RRP maintains an educational library of content to empower more equestrians to ride a Thoroughbred.

TCA funds and facilitates the support of Thoroughbreds and the people who care for them. TCA distributes grants to several categories of Thoroughbred-related nonprofits including rehabilitation, retraining, rehoming and retirement organizations; backstretch and farm employee programs; equine-assisted therapy programs; and research organizations. Since its inception in 1990, TCA has granted over $26 million to more than 200 charities. TCA is the charitable arm of the Thoroughbred Owners and Breeders Association (TOBA).