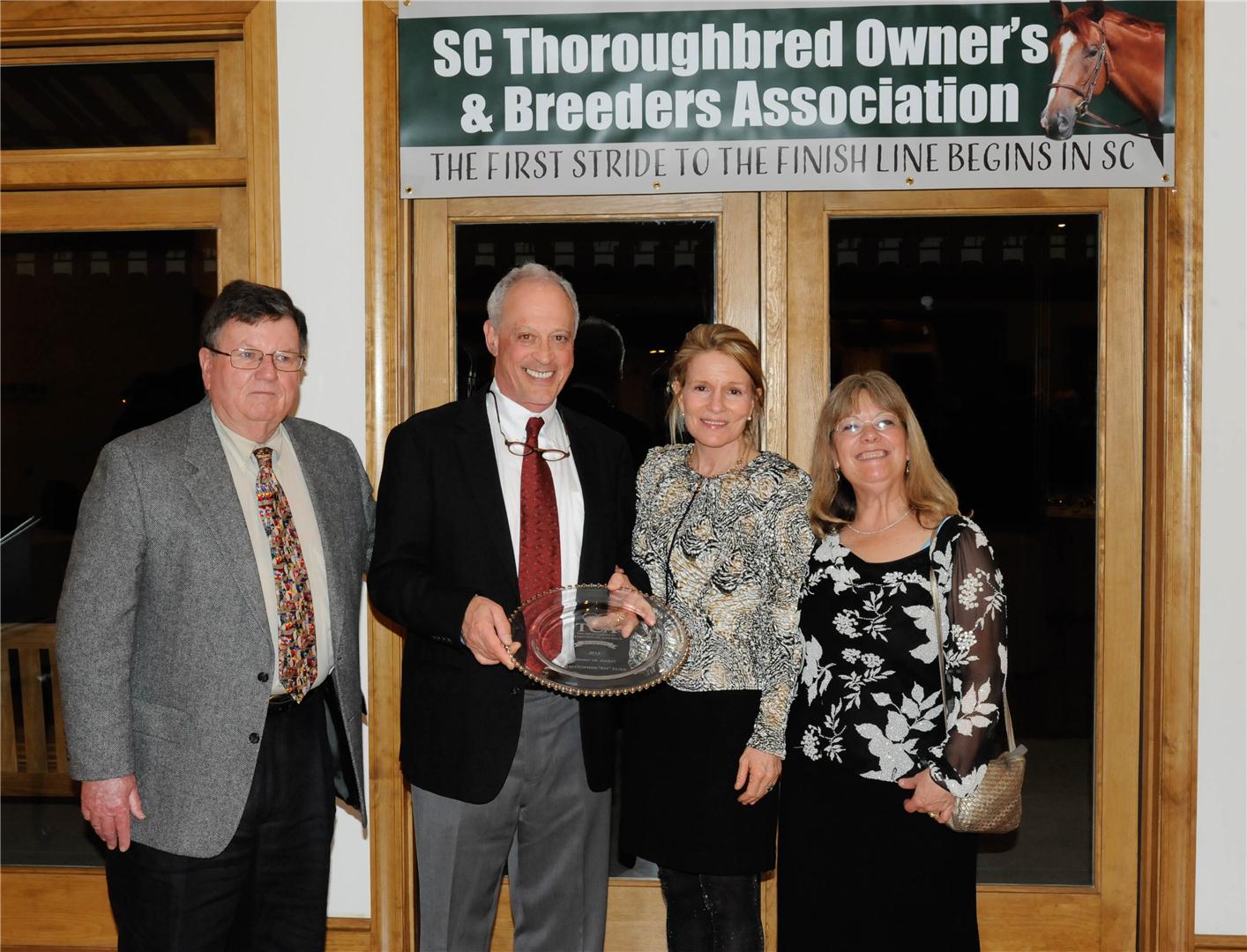 The nominees consist of individuals or organizations working to provide a better life for Thoroughbreds or the people who work with them, either on the backstretch or on the farm. Both achievements are reflective of TCA’s all encompassing mission to help Thoroughbreds and the people who care for them.

“There are so many people doing such great work in the Thoroughbred industry,” said Dan Rosenberg, president of TCA. “We would like to take this opportunity to acknowledge their efforts and say ‘thank you’ for their work within their local racing and breeding community.”

The first recipient of the Thoroughbred Charities of America Award of Merit was Kip Elser. The award was presented at the South Carolina Thoroughbred Owners and Breeders Association awards dinner on January 17. Elser was nominated for the award by the leadership of the SCTOBA for his work in securing second careers for Thoroughbreds as well as his involvement with the Second Chances program at the Wateree River Correctional Institution.

This past Saturday, the North Carolina Thoroughbred Association presented Elizabeth MacDonald with the second Thoroughbred Charities of America Award of Merit. In 2013, McDonald established Blue Blood Thoroughbred Adoption and Placement, a non-profit organization that works to rehabilitate, retrain and adopt out former Thoroughbred racehorses.

Patti Shirley will be the third recipient of the award on Thursday, January 29 at the annual meeting and awards banquet of The New Mexico Horse Breeders Association. In 2005, Shirley founded the Equine Encore Foundation in Tucson, Arizona with the goal of providing a retirement home for racehorses.

TCA was formed in 1990 to raise and distribute funds for charities in the Thoroughbred industry which provide a better life for Thoroughbreds both during and after their racing careers by supporting retirement, rescue, research and by helping the people who work with them. Over the last 24 years TCA has distributed over $20 million in grants to more than 200 Thoroughbred-related organizations. TCA is the charitable arm of the Thoroughbred Owners and Breeders Association (TOBA).