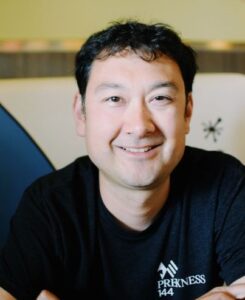 Marshall Gramm grew up in Washington, D.C. and, despite having no connection to horse racing, became interested in the sport from childhood because of the statistical and problem-solving aspects of betting. As an Economics Ph.D. and professor, his primary research focus is on gambling and betting markets. He has over a dozen academic publications related to the sport of horse racing. Mr. Gramm bought his first horse in 2008.

Drawn to the sport from his interest in handicapping, Mr. Gramm is an avid bettor and has qualified six times for the National Handicapping Championships (NHC). He finished ninth in the 2019 NHC and fifth in the 2018 Breeders’ Cup Betting Challenge. He earned a B.A. from Rice University and a Ph.D. in Economics from Texas A&M University. A resident of Memphis, Tennessee, he is currently a Professor and Chair of the Department in Economics at Rhodes College. He serves on the board of the Thoroughbred Idea Foundation (TIF).