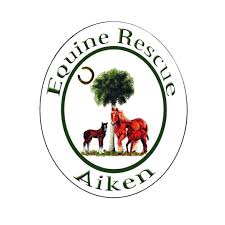 “I love Thoroughbreds – they’re versatile and can go in any discipline,” says Jim Rhodes, Founder and Director of Equine Rescue of Aiken. Since its beginning in 2006, Equine Rescue of Aiken has adopted out close to 1,000 horses, with almost 700 of those horses being Thoroughbreds. “I actually own racehorses, so I’m in the racing game,” Rhodes says. “I can work from the inside out, providing owners and trainers an exit path for their horses.”

While Equine Rescue of Aiken does take in many different breeds, the program’s location provides a large number of potential homes ideal for Thoroughbreds. “Aiken, South Carolina is huge horse country,” Rhodes said. “Thoroughbreds can go into three-day eventing, fox hunting, polo, a hack in the woods…we have the largest urban forest, Hitchcock Woods, nearby. We’re in an area where off-track Thoroughbreds are in demand.”

The organization creates a budget for 65-70 horses a year, which comes close to $600,000 annually. Grants from TCA not only help with overall expenses but also with community programs at the facility. “I earmark most of my grant money toward program expenses, not operating expenses,” Rhodes says.

“Our model is people helping horses, horses helping people, and we’ve found our niche in the world letting these horses have an impact while they’re here. I think Aiken Equine Rescue has the potential to help a lot of people. I’m proud of the fact that over the last three years we did about $400,000 in disaster relief supplies going to different areas,” Rhodes added. “We were able to take five horses from Puerto Rico and they’re asking us to take another one.”

Recently, TCA assisted with a large-scale equine neglect case at a farm in New York. With over forty Thoroughbreds in need of placement, TCA reached out to several of its grant recipients including Equine Rescue of Aiken.  “We got three horses from New York, and they have all been adopted,” said Rhodes.

In addition to their rehab and rehoming program, Equine Rescue of Aiken hosts two outreach programs at their facility: The Saratoga War Horse program and the Juvenile Justice System program. Saratoga War Horse gives veterans with Post Traumatic Stress Disorder the opportunity to visit the farm and individually work with off-track Thoroughbreds. The program is mutually beneficial to both the veterans and the horses, allowing both to develop bonds and heal emotional wounds together. The team in Aiken has also assisted in getting the Saratoga War Horse program, which was founded in Saratoga Springs, N.Y., started in other areas of the country.

The Juvenile Justice System program helps struggling youth find direction and purpose in their lives through community service work involving the horses. The farm provides a unique community where the kids can feel valued. “It’s peer-on-peer based,” says Rhodes. “We take kids in the system or headed to the system – robbery, drugs, alcohol, we’ve seen it all.”

“I had one young lady here from the inner city, every pasture we went in, the horses came to her. Horses know if you’ve got a good soul or not. The second week she came out, she put her hands on a horse’s face and said, ‘You’re going to be alright and so am I.’ She went from F’s and D’s with an occasional C and in a three-month period turned around to A’s and B’s with an occasional C. She’s now studying to be a vet assistant.”