Down the Stretch Ranch Works to Help Thoroughbreds and Veterans 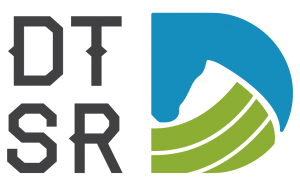 Down the Stretch Ranch is an off-track Thoroughbred retirement facility that offers equine-assisted therapy to veterans suffering from a diverse range of disadvantages and disabilities. The organization’s unique program benefits both horses and humans and was founded in 2015 by Hall of Fame trainer Jerry Hollendorfer, Janet Hollendorfer, and former jockey agent Boone McCanna.

Developed with the guidance of a three-star general, the program emphasizes the importance of cultivating a personal relationship with each veteran served. Typically, just a few guests will be at the ranch at the same time and though they plan to only stay for a few days, many end up extending their visit after cultivating a close friendship with the staff and the horses. Before any riding, veterans first get to know their Thoroughbred through work in the round pen and by watching race replays. Many are unfamiliar with Thoroughbred racing and this provides them with an opportunity to experience how majestic the breed can be.

Co-founder and President Boone McCanna notes many similar qualities in retired racehorses and veterans that allow them to form a special bond, “Like guys in war, they are athletic, highly trained, highly skilled to compete, and can suffer injuries.” According to McCanna, one of the ranch’s greatest success stories is of a Marine, Jeff Smith, who fought in Fallujah and was really struggling before beginning equine-assisted therapy. When Smith first chose his horse, he was told that he might want to pick another because he had just selected the Thoroughbred who was the most difficult to work with. He responded, “That’s perfect, I am too.” Since then, he has gotten a job, quit smoking, and completely turned his life around, all of which he attributes to his time with Down the Stretch Ranch.

The ranch acquires horses predominately through close relationships with jockeys, trainers, and other industry professionals who reach out when they have a horse ready for retirement. The herd is maintained at around 25 horses, most of whom are permanent sanctuary residents, though some are adopted out.

All daily operations on the vast 220-acre property are managed by McCanna with the assistance of his father, leading trainer Dan McCanna. Though it’s a demanding job, McCanna says that he is driven to continue, “just by getting up the morning, driving from one end of the ranch to another, and seeing how happy and beautiful the horses are.”

In 2017, TCA provided a grant to Down the Stretch Ranch that was used to purchase hay to feed the herd during the winter months. Around 80 tons of hay were needed on the ranch during this winter alone. Down the Stretch Ranch hopes to be able to expand their operations in the future so funding is of great importance as they continue to develop and serve the community.

McCanna is pleased with the increased prominence and awareness of aftercare in the racing community and sees a conscious effort from all industry professionals to insure the well-being of their Thoroughbreds after their racing careers are over. According to McCanna, the greatest challenge is convincing someone unfamiliar with the breed that they should consider an off-track Thoroughbred for other vocations, “but once they come and look at them, they realize how smart and versatile they are.”