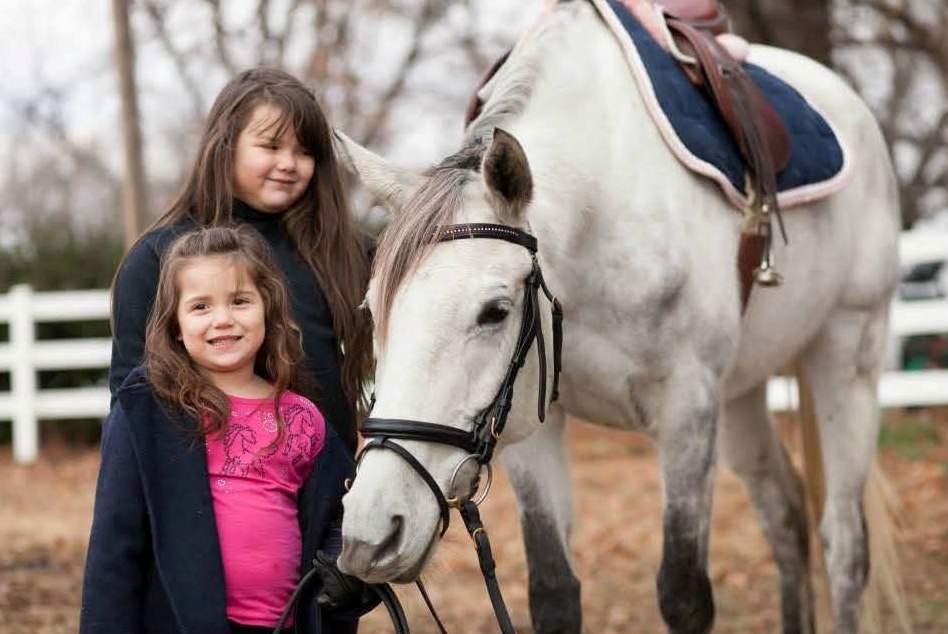 Texas Racehorse Retraining and Adoption Facility Focuses on the Basics

“So, an accountant walks into a barn…” sounds more like the start of a bad joke than the start of a successful racehorse re-training and adoption facility, but the story starts similarly for LoneStar Outreach to Place Ex-Racers (LOPE) and founder Lynn Reardon. LOPE prides itself by utilizing a classical horsemanship philosophy in all their training to prepare each LOPE graduate to be in a position for a successful transition into a new career.

Reardon, LOPE president, lived in Washington D.C. as an accountant and just began riding as an adult. She became fascinated with the beautiful polo ponies in her stable many of which were ex-racehorses. Her curiosity led her to a volunteer position with a racehorse adoption organization in the area. She then moved to Texas, but there wasn’t a similar program in her region, so she started one. At first, LOPE originated as a part-time operation for Reardon but grew into what it is today, adopting out 15-20 horses per year.

Horses at LOPE (which accepts all racing breeds but the majority are Thoroughbred) receive foundation work focusing on the basics. Most racehorses are bred and trained to do something very specific but can lack very basic skills. “It’s like someone able to do advanced algebra but unable to tie their shoes,” Reardon said of many of the horses entering the program. LOPE horses receive foundation work to teach them to be flexible in their bodies (instead of all muscle) and how to redirect their energy instead of always insisting on an all-out run.

Reardon, the volunteers and working students who train the horses (hired professionals come on board only if the LOPE crew is overwhelmed) become well acquainted with the retired racers to understand what they may excel at in a second career. Interested adopters gain a wealth of knowledge about the horse from Reardon which allows a more successful adopter and adoptee match. Reardon doesn’t adopt out a horse she doesn’t feel is a good fit and is able to inform potential adopters what the horse likes and dislikes.

The training doesn’t stop once someone has adopted a LOPE horse because the organization provides educational horsemanship classes (group and one-on-one classes) and mini clinics all at a discount for adopters (they are open to the public as well) with proceeds benefiting LOPE. A goal of LOPE is to educate more people about the importance of foundation work and not pushing horses too fast to jump into a new career. These classes continue to expand to reach that goal.

The foundational classes were especially life changing for one recent adoptee, Silver Red Bird. Silver Red Bird lacked a successful race record when retired to LOPE. The mare’s nervous disposition caused her to have difficulty at even simple ground work, but the people at LOPE gave her time and waited for the right adopter to come around after turning down several interested horsemen. They found Silver Red Bird’s perfect fit in Carolyn who immediately connected with the gray mare. Carolyn and Silver Red Bird made great progress over the next few months and discovered the mare’s love and patience toward children. Carolyn, a former social worker, put her humanitarian skills to work and started a therapeutic riding program for at-risk children. The mare that once reared when looking at a tree, now good-naturedly carries children on her back.

Wooden Phone, winner of two California Grade II stakes races, is another LOPE success story after the quirky gelding found a niche in classical dressage. Although Wooden Phone found his second calling under another English saddle, Reardon noted LOPE has many graduates enter into western disciplines because of the organization residing in Texas, which breaks the stigma of retired Thoroughbreds only becoming good hunter-jumpers.

LOPE utilized last year’s TCA grant money toward training and rehabilitation. Some horses from the track need time to heal from an injury before training is started, and although Austin Equine Hospital discounts LOPE significantly, it is still costly to keep a horse in need of vet care.

With a smaller number of OTTB facilities in Texas, TCA is delighted to support an organization such as LOPE which strives to bring awareness to people about the capabilities of these horses as well as finding the perfect fit for the equine athletes of the track.